“Something in my heart has changed,” sings Greg Copeland on the title track of his third album, The Tango Bar. It’s true – its mood is brighter, the sonic textures warmer and more inviting than 2008’s Diana and James, which opened with the Faulkneresque  murder ballad “Muddy Water” and featured a burning Conestoga wagon on its cover. 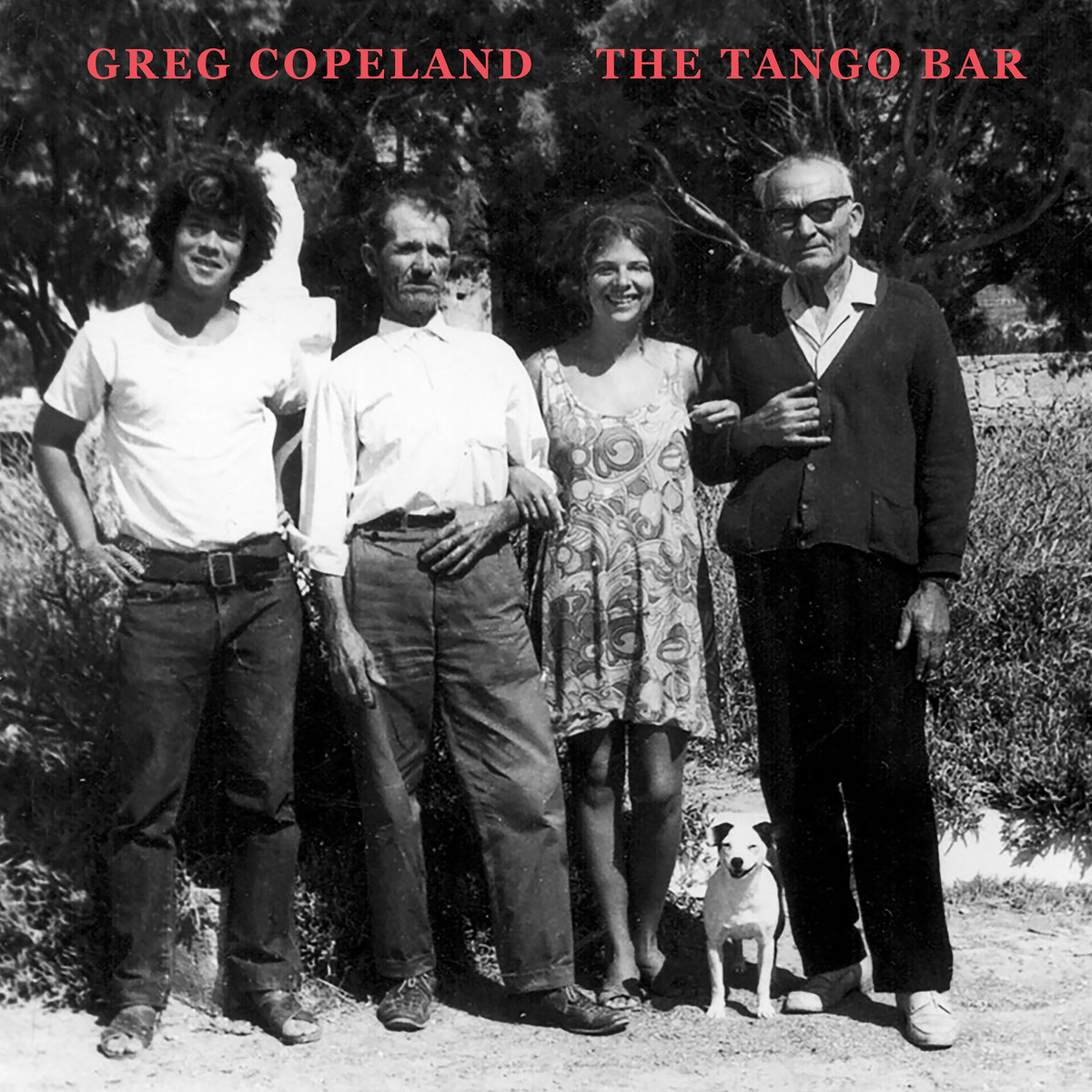 The new disc, out in June on Franklin & Highland Recordings, kicks off with “I’ll Be Your Sunny Day,” and guest singer Inara George crooning a promise that “this long, dark dream is ending.” On the next song, “Let Him Dream,” a vagabond wanders into church and finds the Almighty sounding “just like East L.A.”

Happiness abounds, and even the darker songs are limned with scuffed optimism. The rustications that marked Copeland’s return after making Revenge Will Come in 1982, then retiring for 26 years, are gone. There’s nary a fiddle.

The Janus mask decision to use female lead vocalists on nearly half of the album’s nine songs is a bold stroke that works. Singer songwriter Caitlin Canty channels him perfectly on three tracks, with a standout the harmony drenched “Better Now.”

During the latter, Copeland snarls, “You want to speak the truth? Shall we begin? You fall so far, you don’t get great again.” It’s a tonic to those who recall the angry writer of “El Salvador” and “Used,” and his rage as the Age of Reagan dawned.

McCallum contributes a cowrite on the sinister “Mistaken For Dancing” – the title references a minefield ballet – which name checks Diana and James’s star-crossed lovers. But it’s producer and multi-instrumentalist Tyler Chester at the center of The Tango Bar’s tender heart, as well as Copeland’s droll attempts at whistling on a few tracks.

The Tango Bar is a better record than Copeland’s last one because he sounds more at ease this time around. Writing after decades away from the craft, Diana and James seemed to be daring a lost id to reappear. Which happened; but its artfulness at times felt exhausting.

Having proved he can create, Copeland has loosened his grip; the results are exhilarating. Even better, he has more songs ready, and promises a follow-up won’t take another dozen years to complete, but may arrive in 2021.

One hopes he’ll finally bring the unreleased beauty “Pretty Girl Rules The World” to the studio, and re-record a few songs from Revenge Will Come, which is unavailable on CD or streaming services due to being held hostage by Geffen Records since its release.

Greg Copeland is to more than a few fans a criminally overlooked artist, with unfortunate luck. Revenge Will Come was due to receive a glowing review in Rolling Stone when it came out, but critic Paul Nelson left the magazine before it went to print. He then became an early victim of “cancel culture” when FM stations refused to play the song “Full Cleveland” in solidarity with an offended city.

His record dead on the vine, Copeland understandably retreated. To see him making music, and joyful music at that, after such an experience is a pleasure. The Tango Bar is one of 2020’s best records, and the promise of more is tantalizing and delightful.