If you’re going to pee on my leg, at least tell me it’s “Rain” – not the Beatles. 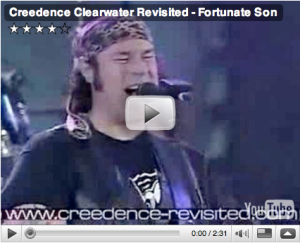 In 1974, a band calling itself Fleetwood Mac went on tour, though none of the musicians had ever appeared on a Mac album.  An unscrupulous ex-manager claimed ownership of the name; since it was the post-Peter Green, pre-“Rumours” period, he probably figured nobody would notice.

The imposters fooled no one, and the enterprise ended almost before it began.

35 years later, such a ruse is easier to pull off, apparently. In what Sha Na Na’s John “Bowzer” Bauman terms “a sophisticated form of identity theft,” shows by everyone from the Coasters and Drifters to Frankie Goes to Hollywood are routinely presented without a single legitimate member on stage.

So when Bauman, in his role as chairman of the Vocal Group Hall of Fame Foundation’s “Truth in Music” committee, stopped by the New Hampshire State House last week to lobby for a law to end the practice, I felt his pain.

Matthew Houde (D-Plainfield) is co-sponsor of SB 130.  He views the issue as a consumer protection problem.  “Existing intellectual property law is just not adequate to cover the situation,” Houde said recently.

So far, 26 states have passed laws; New Hampshire would be the last in New England to do so.  A week ago Tuesday, the Senate sent the bill to the House.

Bravo, I say.  But there’s still more to be done.

What about the bands that uphold the letter of the law while trouncing its’ spirit?

For example, the only original member of Foghat, performing June 14 at the Palace Theatre in Manchester, is the drummer.

At 40 bucks a ticket, another definition of “Slow Ride” comes to mind.

No one in “Creedence Clearwater Revisited” (June 17, Meadowbrook) has even spoken to John Fogerty since the 1970s, let alone played with him.

Do you see a bad moon rising?

Why do Boston and Journey keep on touring?  Brad Delp is dead, and though I never much cared for him, without Steve Perry there’s no Journey sound.

I propose a law of my own – when a signature member leaves, a band must change its name.

If some lucky karaoke singer can clone “More Than a Feeling,” that’s fine – but it’s not Boston.

I expect an aging rocker to milk a valuable trademark relentlessly.

But please call it what it is – a tribute band.

If you’re going to pee on my leg, at least tell me it’s “Rain” – not the Beatles.

Thursday: Dana & Susan Robinson, Canoe Club – Dana Robinson is a solid Americana singer/songwriter with a knack for recruiting awesome talent (Rani Arbo and Lui Collins played on his 1997 release, “Midnight Salvage).  For the past few years, he’s performed with his talented his wife, who adds a perfectly understated harmony to his songs, while soloing admirably on her own.  Their just released “Round My Door” is a gem.

Friday: Otis Grove, Salt hill Pub – I know the honest sound of vinyl albums are all the rage – let’s show the Hammond B-3 organ the same respect.  This trio burns up the floor with funk, and keyboard player Sam Gilman, who also kicks it with a real Fender Rhodes, is a big reason.  I caught their set at last year’s Harpoon BBQ Fest and my booty wouldn’t stop shaking.  A highly anticipated Pub debut.

Saturday: Deathrash & Stonewall, Claremont Moose – May is a big month for metal, with Hexerei and Soul Octane Burner at Imperial the 29th, TranScent and Mother Virus playing Forester’s in Newport the 23rd, and a rejuvenated Stonewall at Imperial and Heritage on the15 & 29 respectively.  Deathrash, who had an 80’s heyday with music reminiscent of Metallica and Megadeth, should kick things off nicely.

Wednesday: Take Two, Briggs Opera House – The creators of this world premiere musical call it “I Love You, You’re Perfect, Now Change” meets “Falsettos.” How do you navigate the shoals of love when Twittering and texting have replaced answering machines and nervous phone calls as the tools for unmaking relationships?  Four actors – two men, two women – ask the Internet for answers.