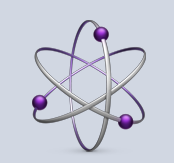 I have over 17,000 songs in my iTunes library.  Some have been played a lot, others once or twice.  Hitting “shuffle” is a great way to revisit a track that may have slipped by the first time, but it’s not very scientific.

Last week, when Apple announced an upgrade to their popular music software, I immediately latched on to the new “Genius” feature.  Pick a song, click on the Jimmy Neutron button, and presto!  A playlist of like-minded music appears.

When I’m in the mood for Gram Parsons and Emmylou Harris, a random Stooges track can really bust up the mood. With shuffle, everything gets mixed willy-nilly.  Though I’m pretty sure my iPod play more Beatles songs by design.

Genius lets you put the peanut butter with the jelly, and leave the mayo for bologna.

It also (big surprise) suggests songs for purchase at the iTunes Music Store.

That seems a lot like Pandora, the Internet radio service that’s already installed on many an iPhone and iPod Touch.

But Genius is based on stuff that you, and others like you, already own.

Like Pandora, the information iTunes sends to Apple includes data about what you listen to and how often, as well as the playlists you make.  Both services make recommendations and provide an easy path to purchase digital music.

But there are a lot more iTunes users in the world.   The music store has sold 300 million tracks since its inception.  5 or 10 percent of the tracks on a typical iPod are bought from digital music stores.

So that mean there’s upwards of 3 to 4 billion songs in the iTunes listener “cloud” for Genius to study.  As listener data aggregates, playlist accuracy improves.

Forget the election, this is the kind of polling data I’m interested in.

Genius lets you delete songs from playlists before saving them, but it’s not clear whether information about that behavior is sent to Apple.  More straightforward is Pandora’s ‘thumbs up or down’ method of rejecting recommendations.

Two factors govern the future of music.  First, understand the customer.  Second, and most important, earn the customer’s trust.

As long as iTunes users believe Apple isn’t colluding with the RIAA or selling customer lists, this is a Genius move.

What’s up this weekend?

Thursday: Chris Kleeman Band, Inn at Weathersfield – A nice combination of award-winning food and an ace blues man, who traverses the history of American music and gives each performance a unique stamp.  Kleeman finishes the series he began back in May with selections from Elmore James, Muddy Waters, Blind Willie McTell and B.B. King (who produced Chris’s first album back in 1970. Note the early (6:30 PM) start time.

Friday: Loose Cannons Acoustic, Salt hill II – These guys rock pretty hard for an all acoustic band, covering guys like Clapton and the Beatles, as well as grooves from Bob Marley and Stray Cats rockabilly.  Eclectic is the word that best describes them, with a musical outlook spanning decades and styles.  Of course, the room they’re playing is pretty nice too, with great pints and an excellent pub menu, as well as a fine restaurant downstairs.

Saturday: Humane Society Benefit, Hit or Miss – The hard rock community converges at this Rockingham club for another good cause.  The show includes Stonewall, d’Brotherhood, TranScent, Bow to None, Anger Rising, Mercy Machine and (considering the beneficiary) the most aptly named of the bunch – Mongrel.  Proceeds benefit the Springfield Humane Society.  Seeing all those hard-edged rockers on a poster with cute little kitten eyes – priceless.

Tuesday: Jason Cann, Firestones – My favorite unrecorded area singer-songwriter plays while special guest chefs cook (featured every Tuesday in September), though I like the simple pleasures at this Quechee restaurant.  Their burgers and beers are top-notch.  There’s plenty going on every night at Firestones, including a Cann-hosted open mike night each Thursday.

Wednesday: Sonya Kitchell, Higher Ground – Touring behind the recently released “This Storm,” Kitchell originally got attention for her precocious jazz singing as a 16-year old in Northampton clubs.  She’s 19 now, and rocking harder, though she keeps it jazzy on “From Here to Now,” and “Walk Away” is a gorgeous ballad.  Mostly, though, she’s copping a rocked-up Suzanne Vega pose.  I like it.