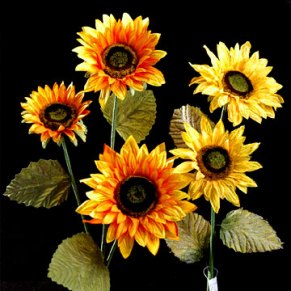 The net effect of winter has my brain feeling like a frost-heaved road. I’ve had one or two glimpses of my lawn since November, and a few 40-degree days strung together make me punch-drunk.

Sunday’s bright sky got me thinking about summer music. I know, spring is barely a week old old, but that’s how I roll. While my neighbors are measuring flowerbeds and opening seed orders, I’m waiting for the snow to melt through my pool cover and checking the price of chlorine.

That’s when I’m not thinking about stretching out on a lawn to watch bands play.

There’s reason to be excited. June’s barely two months away, and the festivals returning for 2008 are better than ever.

Some cabin-fevered folks can barely wait. LimboFest lands in Northampton, Massachusetts on April 12, with the Alchemystics headlining a day of funky beats. It’s a little early for an outdoor event, but the promoters promise a heated tent for protection from the elements.

At the end of May, the Discovery Jazz Festival kicks off in Burlington. The lineup is still under construction – Marcia Ball and the New Groove Orchestra are set. Organizers hope to unveil a statue of Big Joe Burrell, a cornerstone of the Vermont music scene until his death in 2005.

June is the sweet spot, starting with the (world famous) Roots on the River gathering. This year’s “Fred Fest” again features Fred Eaglesmith leading a few different bands, along with a Lori McKenna/Mark Erelli show at the Bellows Falls Opera House, as well as Steve Forbert, Mary Gauthier, Eilen Jewell and others performing outdoors.

Meadowbrook began with a bunch of chairs in an open field. Now it’s on a lot of best venue lists, with a roof, good sound, a bar and corporate sponsor. ZZ Top (June 19) and an updated Volunteer Jam with Charlie Daniels (June 21), help welcome the bikers to the Lakes Region.

Here are some things to make the wait for summer go faster:

Thursday: Spring Savories, Claremont Opera House – Piano player John Lovejoy serenades as patrons partake in an “epicurean adventure” that includes food from area restaurants and wines provided by the NH State Liquor Commission. The event, a fundraiser for the region’s most beautiful (and recently re-opened) Opera House, gets better every year.

Friday: Toots and the Maytals, Lebanon Opera House – (moved to April 8, 2008) If reggae has a Hall of Fame, the first inductees would likely include this band, if for no other reason that their association with “The Harder They Come,” a film that introduced the Jamaican music to the world in the early 1970s. Though not as famous as Bob Marley, musicians like the Clash and Specials covered their songs.

Saturday: Sarah Lee Guthrie & Johnny Irion, Boccelli’s – This duo, led by Arlo’s daughter and Woody’s granddaughter, was a surprise opening act for last fall’s Greg Brown show at the Opera House. Ever since, requests have poured in to bring them back. The precocious pair can play everything from pure country to foot-stomping mountain music.

Sunday: Spare Change, Canoe Club – Joe Stallsmith’s name comes up a lot in the history of area music. He fronts a few different bands; this one has an old-time feel and features some incredible picking. The three-piece – guitar, mandolin and fiddle – moves from Nashville to Texas, with a long walk along the Blue Ridge Mountains. Fire up the Orange Blossom special, and enjoy some Americana.

Monday: Songwriter’s Club, Parker House – There’s a great scene in the film “Once” where a musical duo looking for financing perform their song for a banker, who responds by serenading them with one of his own (and gives them the money). Somewhere in the recesses of everyone’s mind lurks a hit. This monthly song-polishing group is run by Yellow House Media maven Dave Clark; bring your hooks, lines and stinkers, he says.

Tuesday: Gym Class Heroes, U Mass Lowell – This hip hop band made a splash with “Cupid’s Chokehold,” which pilfers Supertramp’s “Breakfast in America” and mixes it up with contemporary angst, helped out nicely by Fall Out Boy’s Patrick Stump. I like the fact that they play their own instruments, a rarity in the genre. Their sense of humor is fun, and it’s pretty much bling-free – my kind of rap.

One thought on “Local Rhythms – Dreaming of June”