Five months filled with lawsuits and countersuits, delayed court dates and mounting attorney bills haven’t made Chris Jones an optimist. But the Middle Earth Music Hall owner was buoyant enough last Monday to declare that “jackhammer season is over” for the Bradford club.

The reason for his cautious jubilation was an Orange County District Court decision handing Shiloh’s Restaurant back to landlord Vincent Pacilio for non-payment of rent. For the time being, Jones can concentrate on what he does best – bringing great music to the basement establishment he’s run for the past five years.

“We’re not done,” say Jones. “I expect a suit for failure of the business,” a prospect that mostly upsets him because “it will hurt the landlord.” But, he says, “the threat of an injunction to shut us down is off the table.”

This battle may be won, but because Shiloh’s owners have ten days to file an appeal, Jones is reluctant to declare an end to the war. So the legal defense fundraisers and the milk cans by the bar filled with dollar bills will be around a while longer.

“I don’t believe it’s over, and the best defense is a good offense,” Jones says.

The good news for music fans is that the court victory has cleared the way for Middle Earth to firm up several tentative dates. The coming months will welcome performances from Rani Arbo and Daisy Mayhem, Cheryl Wheeler, banjo master Tony Trischka, Garnet Rogers and Chris Smither. With the legal cloud hanging over them, Jones couldn’t afford to commit to shows as far out as May (Arbo).

He remains wary of Victory in Jesus Ministries, and their leader, whom Jones cites as the primary force behind the suit. “Knowing (David) Lund, he’ll appeal,” he says, adding “if you give him a crack, no matter how small, he’ll stick his foot in it.”

Overall, his outlook’s good. “In the long run, we’ll come out on top,” says Jones. “But it’s time-consuming, and expensive. I just got the bill today.”

He’s most heartened by the support he’s received from the music community. Bands like Amity Front, Boston’s Session Americana and Nobby Reed all performed to raise much-needed cash.

“But the publicity has been priceless,” Jones says. “I’ve seen a lot of new faces in here over the past few months.”

Thursday: Harvey Reid, Four Corners Grille – Missing from the area music scene this fall, the Flying Goose Music series is, according to the restaurant’s website, a one-night affair this year. Lucy Kaplansky, however, is advertising a show there next month. Reid is an acoustic guitar master, and along with wife Joyce Andersen, he made a great Christmas record last year. He and Andersen perform selections from it tonight.

Friday: Junk in the Trunk, Salt Hill Pub – Richie Cortese has been an Upper Valley fixture for a long time now, and his latest combo was quite well received when they played outdoors at Sunapee in the summer. This is the first Salt Hill appearance for Junk in the Trunk, which plays classic rock and boogie driven by Cortese’s singing, which can bend the treetops.

Saturday: Yer Mother’s Onion, Seven Barrels – I caught these guys at a pretty crazy party recently, just across the Unity line. Everyone was in costume, and let’s just say I’m impressed with the depth and breadth of the subculture in these parts. I’m also impressed by this band, who play a few originals, but can also knock out powerful covers by everyone from Carlos Santana to Cake – check out their take of “Building A Religion.”

Monday: Studio 60 on the Sunset Strip, NBC – This is a well-written drama, not a musical performance show. If you’re all about music and nothing else, you can wait until the last 10 minutes of the episode to watch a superlative performance by a band of New Orleans horn players led by 20-year old Troy “Trombone Shorty” Andrews. Their version of “O Holy Night” has replaced “Little Saint Nick” as my favorite Christmas song.

Tuesday: Toby Lightman, Iron Horse – One of the reasons I think the Grammies are a joke is that Mariah Carey is still getting nominations, and truly soulful singers like Lightman are overlooked. She’s made two excellent records, the most recent of which, “Bird on a Wire,” runs the gamut from charged up gospel to passionate torch songs. Her time will come, and when it does, Grammy will probably pick the wrong album to honor.

Wednesday: Carlos Ocasio, Canoe Club – Frontman for Gusano and other area bands, Carlos stretches out at Canoe, playing restrained, intelligent blues and showing off his elegant guitar style. As always, get a seat near to the stage if you want to listen closely. 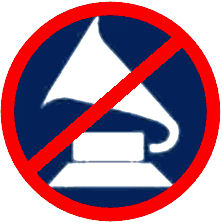 What would happen if all the entertainment award shows took their cues from the National Academy of Recording Arts & Sciences? One shudders to think. Instead of a single Best Picture award, an Oscar each would go to a drama, comedy, musical, sex farce, dramatized biography and a roman à clef.

If you don’t believe it, then consider the 2006 Grammy nominees. The ballot alone is 56 pages long. There are 51 different fields, comprising 108 separate awards.

Looking over the voluminous document, some questions immediately spring to mind. Why is Hawaii the only state with its own category? There’s an award for Tejano, but that’s Tex-Mex, which is not the same as Texas. Besides, there’s also a Best Mexican Music award, which doesn’t seem fair.

Perhaps it’s payback for all that 700-mile fence talk.

Another burning mystery – just what is a “pop” record, anyway? That catch-all field includes one prize each for male, female and duo/group vocals – in addition to collaborations and instrumentals. The Big “Pop” Tent includes everyone from Bruce Hornsby to the Black Eyed Peas, Pink and Enya.

The real trick, it would seem, is NOT getting nominated for one of the things, right?

Hardly. Take, for example, Record of the Year and Song of the Year; four songs are nominated for BOTH awards. One of those, “Taking the Long Way” by the Dixie Chicks, also has a shot at Best Country Song. The Academy was apparently unaware that nobody, least of all the Dixie Chicks ,considers them a country band anymore.

What’s most offensive about this year’s Grammy class is that, with thousands of possible picks for 540 nomination slots, the same names keep coming up over and over. Emblematic of this sorry state of affairs is Sheryl Crow’s Best Female Pop Vocal nomination – for a cover of an old James Taylor song (“You Can Close Your Eyes”) included on a record which can only be bought at Starbucks coffee stores.

Anybody wondering about the music business’s elitist snob image need look no further than this. Crow, by the way, also picked up a Best Pop Vocal Collaboration nomination for her duet with Sting (“Always On Your Side”).

I expect that “Best Duet With Sting” will eventually become a standalone category.

Peter Frampton, who Grammy pretty much ignored during his Seventies heyday, is nominated for an instrumental cover of a Soundgarden song. I suppose that’s better than the Best Heavy Metal nomination Pat Boone got a few years back.

Gnarls Barkley is up for Record of the Year, and is also nominated in the R&B category. But the kicker is that the band’s infectious hit “Crazy” is in line for Best Alternative Album.

Bob Dylan’s roots-fortified “Modern Times” disc gets an out-of-place nod for Best Rock song (“Someday Baby”), where he keeps company with Beck and John Mayer, along with a Neil Young protest song and a Tom Petty record that no one outside the industry has even heard.

More just for Dylan, perhaps, is his nomination for Best Contemporary Folk/Americana album. That category is full of many “don’t know what to call them, but they deserve a statue” contenders – like the Mark Knopfler/Emmylou Harris collaboration (“All the Roadrunning”), Rosanne Cash’s meditation on family and death (“Black Cadillac”) and insider darling Guy Clark (“Workbench Songs”). Jackson Browne rounds out the list with a career retrospective (“Live Acoustic Volume 1”), but after ignoring everything from “Doctor My Eyes” to “Running on Empty,” why does Grammy bother?

That’s the Academy’s biggest sin – they’re always at least one or two years behind the curve. There’s a record nominated (“Travelin’ Through”) that lost an Oscar bid nearly a year ago – in other words, a song made in 2005 is being considered on a 2007 awards show.

That they try to compensate for their myopia by puffing up the ceremony with awards for things like for box set design, liner notes and “Best Spoken Word” release – a euphemism for books on tape – only makes things worse.

It’s utterly fitting that this year’s show, to be broadcast February 7, 2007, will be hosted by faux newsman Stephen Colbert. Colbert, of course, coined 2006’s “word of the year.” That word, in case you didn’t know, is “truthiness” – defined as “something that seems true because an individual wants it to be.”

The reality-battered record industry must love the notion that there are 108 deserving artists on this year’s pathetic list of nominees, and surely believe that all that precious metal is a harbinger of strong times ahead.

The whole idea reeks of truthiness.